Online social networks are a world of its own. Data, design, advertisements, people, aspirations, networks altogether a topology of affairs evolving on its own patterns and terrains. There is distinct politics and economics in the dynamics of social media and social networks. To locate the human capital in social networks, we need to understand and define the specific nature of communication methods and control functions in this landscape. 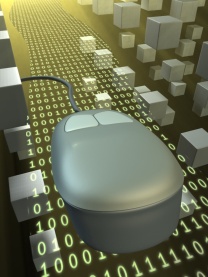 The social network bandwagon is expected to grow to a gargantuan scale such that the number of worldwide users is expected to reach some 2.5 billion by 2018, around a third of world population. An estimated half a billion of these users is expected to be from China alone and approximately a quarter of a million from India. The region with the highest penetration rate of social networks is North America, where around 60 percent of the population has at least one social account. As of 2015, over 70 percent of the United States population had a social networking profile. Statistics goes on to say that 72% of all internet users are now active on social media.

Famous American philosopher, Kenneth M. Sayre had taken up pioneering studies on the contours of cybernetics and information theory. He defines Cybernetics as the study of communication and control functions of living organisms, particularly human beings, in view of their possible simulation in mechanical systems. Along these lines, we can see that in online social networks there is an evident convergence of human mind and the information capital produced collectively by network society. This results in the creation of a human capital which is highly fragmented across psychographic dimensions.

Information structures in the online social networks have acquired significant control functions over the human behavior such that now we are controlled by the information we consume and create in these hyperspaces. It is an interesting development predicted by the pioneers of cybernetics. Through the simulation of real world experiences, online social networks have become highly successful in fragmenting human mind and driving the humanity to become the manifestation of intellectual capital. In this article we use the concepts of intellectual capital, information capital and human capital quite lucidly. However they follow certain economic lineage in precise terms. Human capital has primary form of existence on which information capital and intellectual capital exist as dependent forms of capital accumulation.

Recently IBM CEO, Gini Rometty has famously predicted the emergence of cognitive business and the eventual subservience of digital economy under the larger canvas of cognitive economy. Though this prediction can be perceived as a sweeping statement in the current state of affairs, there is a definite possibility for such a development. With the convergence of human capital and information capital in the techno centric data trade networks such as social media, intellectual capital gains significant autonomy and predominant market position.

Leveraging this accumulation and acculturation of intellectual capital, dependent market structures will emerge paving way for the domination of cognitive business. There is such a dire need for generating sensible insights from the dark data circulating in the global supply chains and distribution channels. Let us closely follow the patterns and trends in the data monetization networks to sense the acceleration and momentum of this seismic change and cognitive shift.

This site uses Akismet to reduce spam. Learn how your comment data is processed.